Are you coping with the loss of a pet? Here’s how to find some ease 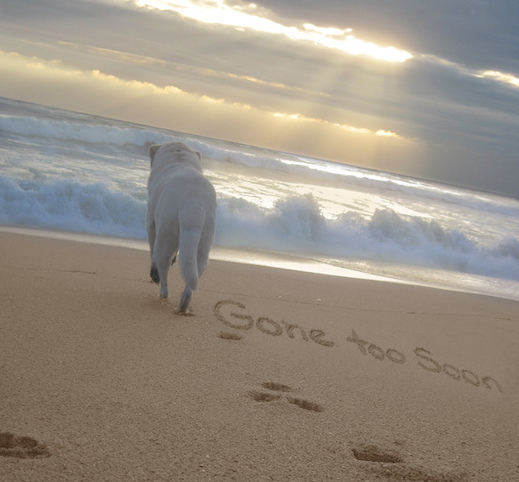 When a pet dies, you miss them to a degree that is almost unbelievable.

Losing a dog or a cat, or even a horse, leaves such a huge void that many people avoid getting a new pet because they don’t wish to go through the intense sense of loss again. So, what tools can we use to make this a little easier?

In the animal world, death is neither right nor wrong. You may be surprised to learn that animals choose, sometimes quite consciously, their time of death. My cat Finnie certainly did so.

Finnie was a very active cat, but she always stayed within our property. To my knowledge, she never went beyond the fence, beyond which was coyote land. Certainly, never at night. Her whole life, Finnie came home when it got dark and stayed indoors till the morning.

One night, she jumped over the fence, literally offering her body to the coyotes. All I found was her fur, one hip bone, the very last piece of her tailbone, and her collar. Everything else was gone. As you can imagine, I was really upset about it all.

The weird thing was, if I had paid total attention to Finnie the previous night, I would have noticed that she was saying goodbye. She behaved so, so differently. From her point of view, it was all perfectly planned but I could not find ease with her death.

A few days later Finnie came to me and said, ‘Why aren’t you celebrating my choice? I chose this. This was a very conscious choice on my part.’

With this, I began to look at animals’ dying quite differently.

Finnie had always been a healthy cat. When she got to a point where she wasn’t enjoying her body, she decided to leave. With this realization, I had to admit that it was no longer about her. It was about me and how much I was missing my beloved companion.
Finnie said that she wanted to be honored. So, we did a little ritual together and that really helped to change the pet loss grief I was experiencing.

Do animals have emotions?

Sometimes I wish we had a different vocabulary for the animal kingdom so we can clearly express what goes on for them. Animals have emotions, but they are different from ours.

For example, when an elephant comes across the bones of a relative, it picks them up and tosses them around. When the elephants do that, their eyes will tear. People say that animals grieve their ancestors but what I perceive doesn’t energetically match what we call grief. The elephant’s behavior, from my perspective, is more about honoring their relative than mourning them.

Grieving the loss of a pet after euthanasia

I’ve had numerous sessions with people who feel guilty and upset about having to put their animal down or losing a pet unexpectedly. In all those conversations with pets that have passed over, not a single animal blamed their owner for the timing or circumstances of their death. You may think I’m making this up, but it is actually true. Every pet wanted their person to move on with life.

Our animals have been around long enough to know what it means to be euthanized. They know that they can energetically ask us for help.

So, whether you made a choice to euthanize your pet or they died on their own, what if you stopped judging yourself for it? What if you did the best that you could with the tools you had at the time?

Whenever there is guilt, I always look for what is underneath it. Usually, it is very different from the emotion that you’re having. If you are willing to look at what else is there, this can create a major change for you.

‘My pet died and I can’t stop crying’

Oftentimes, our animals stay around us in spirit. All of a sudden you might see them for just a split second or sense them around. You want to touch them, cuddle them, and enjoy the relationship you had before and that is really what you miss.

So how do you deal with losing a pet?

First, recognize that you have the ability to connect to a being whenever you desire. It doesn’t matter if they’re no longer in their body.

Take a moment to truly connect with your pet. If you start to cry, that’s okay. Let the tears flow. Is your body grieving or is it you that’s grieving? When you are being present with your pet, can you hold on to the tears? What else is there? Joy? Do you experience relief, anger, or doubt?

Just be aware of what is coming up for you, your body, and your pet. And look at what your pet is asking for also. Do they desire you to suffer from grief and loss or would they rather that you celebrate their life? What if it’s possible to shift from that sense of devastation to peace and even happiness?

Inviting your pet back into your life

You can invite the being of your pet to return in a new body by simply asking them to. However, some may not desire to come back. This is not a reflection of your relationship but rather a sign that they have other plans.

Ask your dog, or cat to come back as a puppy or kitten if you would enjoy that playfulness. One time there was a dog who ran under a truck and died and later he came to the lady in a dream and said that he didn’t like getting old and wanted to be a puppy again. He told the lady that a breeder would advertise in the newspaper and that’s how she would find him.

This lady didn’t even know the breeder existed, but she looked in the paper and sure enough, there was an ad for a litter of puppies. She went over and instantly knew which dog he was. Although he was a different breed, this puppy had 90% of the traits of her old dog.

If you prefer an older animal, that is also possible. Ask for it and allow the information to come to you. You may not have to wait for a dog to be born as this is not linear. I know of people who went to an animal shelter and knew immediately which one was their dog that had passed. You might see an advertisement or get a phone call. Just be open to your animal showing up again.

For more tools on how to deal with the grief of losing a pet, I have an in-depth series of 3 telecalls that covers the transition from life to death, making the choice for euthanasia, unresolved grief and past lives titled Over the Rainbow Bridge, available here