Do pets choose us?

Look at your latest pet for moment and look at how they came into your life. Did you go out to get them, or did they just show up? When I look at all the animals that have been in my life, I would have to really question how often it was me, or my family that actually chose to ‘get’ them, or if they came to us out of their choosing. There are only a few where I would say my family made the choice to go get a dog, or kittens, but there have been so many dogs, cats, birds, rabbits, mice, horses and lots more in my life, that I did not ‘plan’ to have, they by far outweigh the one’s that were planned. 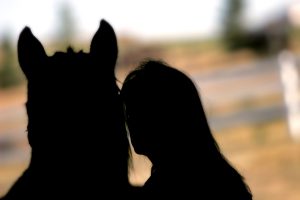 So what is it that makes animals choose to come to us? Do they perceive our need for their contribution? Or are they fulfilling a need they have? Or something else? Is there an energetic exchange that is going on that we are not acknowledging? If the animal knew that they had to be with us in this lifetime, do they start pulling us ‘in’, even way before we become aware of it? And all of a sudden we might be interested in having a dog, or we start to think about getting a cat. So, I wonder, even if we are thinking that we made the choice to have a dog, a cat, horse in our lives, did the animals start pulling on us way before we started moving in that direction? And then of course there are the animals that are just showing up on our doorstep. And before we know it, we now are taking care of them, enjoying them and sharing our lives with them!

Sometimes though it seems that we are also ‘adopting’ animals that have traits and issues that make it really difficult for us to cherish and enjoy living with them. Did we get handed a situation that was too much for us? Did those animals come to us to contribute in a way that we are not acknowledging? Or might there be another choice with that?

We have been so entrained with what ‘good’ animal ownership is, that we are not allowing ourselves choice and possibility when it comes to living and choosing the animals we live with. What if we actually had choice? What if we could make a request to what the relationship with animals can look like? What if it was possible that if we are with an animal that has a lot of issues that it might be because the animal is tired of us and would like to move on to another place?

We do not allow ourselves that option. We assume that when we commit to having an animal it has to be for the span of their life. And if we cannot fulfill that obligation we are bad pet owners. Is there freedom in that? Have you ever dropped out of friendship? Or out of a relationship? What if it was also possible that this could show up with a pet? I had a dog named Savannah.

I rescued her out of the shelter. She was so wound up there, I was asked to calm her down and then after a few weeks of working with her, I was told by the shelter that she would not be surviving there for much longer. She needed much more movement than they could provide and her sweet nature was turning into overly exuberant, nearing aggression. Even though at the time adding a dog to my busy life and travel schedule was really not the wise choice to make, I knew I had to take her.

So, we spent a lot of time hiking and getting the energy in her body moving. The first few weeks, the only time she would allow herself to lay down was when I put her in the crate at night. Otherwise she would stand, or walk all the time. Relaxation was not in her repertoire. Over months and years she became a relaxed dog, but still very active. She did not like me going traveling and having the house sitter with her.

One day I realized I had to change something. I put an ad in the paper for a co-owner. I knew she required a person in her life that would really BE with her that would be beyond the house sitter role. The ad had three responses. The first two were done in 10 seconds of interaction, the third was totally different. It was like this person had been looking for her all along. He had even gone to the shelter in search of a blue nose pit bull (which she is) and there were none there at the time. So the same day, I went to meet him with her.

He was totally happy about her right away and I had a trip 2 days later, so we decided to have her stay with him for the next two nights as a trial run. All went well and she stayed the whole time. When I came back 3 weeks later the guy was very unhappy and when I talked to him he said he really just wanted to have her. So that is what we did!

If I had been under the impression that I was responsible for her and had to be committed to her for the rest of her life, she would have not been able to pull in this great guy, who loves her totally, has been moving with her all over the state and has changed his families point of view about pitbulls. She created that! All of it! How cool is that?

This a a ton of other bits and pieces about choosing and having an animal in your life is what we explored in our first part of the year long tele series focusing on living with animals! Now we are looking at the next topic about bringing that animal home! Interested?