Raphy – my journey with Raphy the turtle 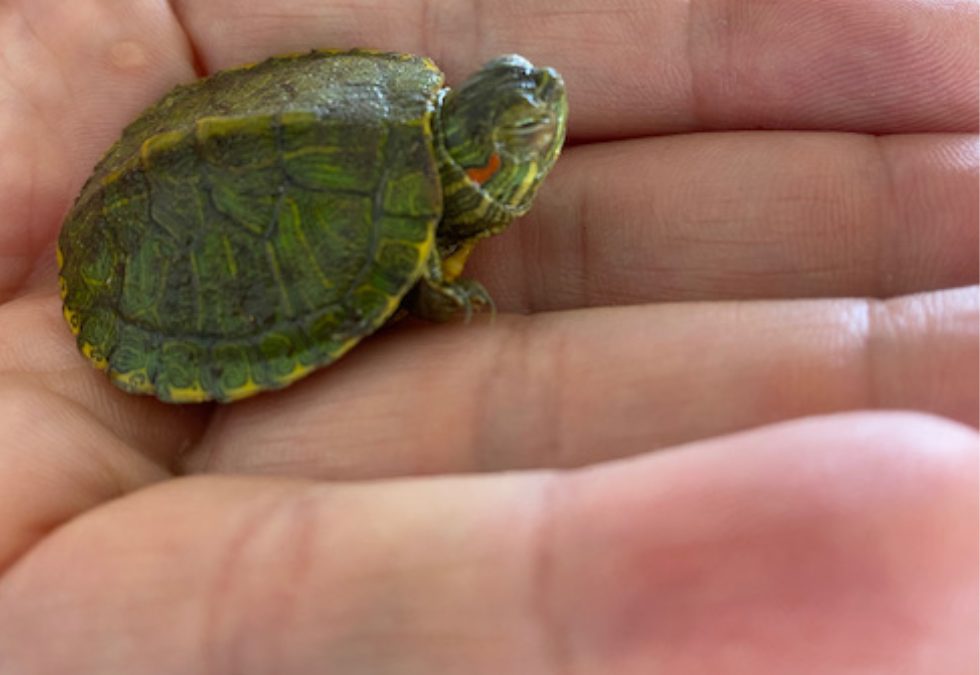 We had a horse class in October in Texas, and while working in the arena, a participant spotted this little red-eared slider crawling in the sand. We picked her up and were wondering if we should walk her down to the pond. That energy did not feel inviting, however, so we choose to create a habitat to get her through the winter.

We named her Raphy (well, we thought she was a boy, but it turned out to be a girl).
The winter was unusually harsh that year in Texas, and it turned out that the pond we were bringing her to was going to be dug up and made deeper. That would have potentially been an issue for our little dude, aside from the egret that also fishes that pond and for whom she would have been a nice meal.
This early April seemed like a good time to let her go. She was much grown, and it was time! On you go, Raphy!

Some people say we interfere with nature too much, and this was a kind of interference. And yes, I would say it was. And yet, we have altered the living environment of so many creatures around us so much. Cars being a giant predator, as well as construction and cats and dogs hunting. So, to me, this was giving back. One creature had a better chance this way to get through her first winter and give her the possibility to thrive and multiply. Farewell Raphy! Have a fabulous life!