Spirits can have an effect on animals, what can you do to help? 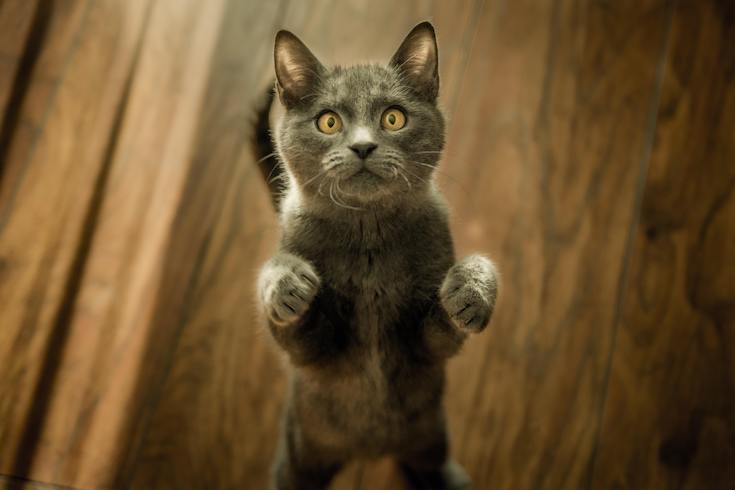 Unusual behavior in animals can change quite dramatically after clearing entities. This can also have a big effect on their bodies.

When working with animals, one of the unusual things I’ve come across is more than one entity, or spirit being, occupying the same body.
Animals usually keep to the same body type lifetime after lifetime. A dog will usually choose a dog’s body every time. Interestingly, if it slips into a horse’s body, it still perceives itself as a dog, which can lead to complications.
Why would an entity inhabit the body of another creature? There are many possibilities. They could have been invited in or else have some unfinished business with the animal and so on.

Whatever the cause, these entities will reveal themselves in both subtle and surprising ways. If an animal displays unusual behavior, always check for other entities. Let’s say it is a friendly dog 80 percent of the time, then out of nowhere, it gets aggressive or acts strange. Or if you keep saying your cat is like a dog, you might be aware of something.

Another sign is getting sick for no apparent reason.
Many years ago, a horse constantly had digestive problems, which is a big deal for them. The owners also said that the horse would come to their house and sit on the porch, which is not something a horse would normally do. Not only did this horse behave oddly, but the other horses also didn’t want anything to do with it.

A man who knew the horse owners called Gary Douglas, the founder of Access Consciousness, and asked if there could be a dog entity in this horse. Gary said it was a possibility.
So, the man went and cleared the dog entity out of the horse’s body. Within a short time, the horse changed completely. It never sat on the porch again, and its digestive problems went away. The other horses also started accepting it.

Why did clearing the entity have such a significant impact on the horse? Well, two beings often don’t share the same opinions, and this can lead to conflict. If a dog eats grass, it thinks it must puke, but of course, horses can’t vomit.
Please don’t think it’s always an entity creating problems with our animals! This is about keeping an open mind and acknowledging other energies can influence our animals so you have more ways to change a situation.

How do you clear entities?

Firstly, you don’t have to know exactly what the type of entity is, to clear the animal.
A simple step-by-step process to clear entities is taught in the Talk to the Animal classes, based on the tools of Access. I suggest asking some general questions first:

I usually ask the animal, ‘What’s going on? Is there someone else in your body with you?’
Based on the energetic awareness I receive, I might also ask: ‘Who gave you this body? When did you enter this body?’ Most entities think they are stuck in the body of the animal without choice. With the clearings, we give them a choice again. We can ask them: ‘Who are you, who were you before that, who were you before that repeatedly, and who will you be in the future?’

Once you acknowledge them, the other entity leaves the animal’s body in the blink of an eye. Usually, they are happy to go and don’t come back. Clearing entities can dramatically change an animal’s behavior and has a big effect on the physical structure of its body. Everything truly is possible

One time we came across some kind of dragon in a horse body. It was very interesting because they only exist in mythology.

The horse was wild and had really strange manners that no one could explain. And we got the idea to ask whether there was a different creature in the horse. It was a very clear ‘Yes’. Then we asked, ‘Are you a dragon or something?’ That was also ‘Yes’.
This being was looking for a body and so we asked the Universe for help. ‘Do such bodies exist somewhere else?’ we asked, and it was really light, which indicated yes.
We said, ‘Okay, you have to go wherever those bodies exist’.
Freeing this being created a lot of relief, and the horse changed completely.

In folklore, witches are often depicted with cats. That is because some animals give themselves a job, and with cats, it seems to be assisting entities to move on. According to Gary Douglas, cats have a special talent with entities. Once again, I suggest you keep an open mind because not all cats can do this. I have come across cats who were scared of entities or would hiss and meow at them. Teaching them the Access entity clearing seemed to make things easier.

What spooked your horse?

Animals are aware of energies that we don’t always perceive. For instance, if you are out riding and all of a sudden, your horse stops, please don’t force them to move forward. Whatever they are perceiving is very real to them.
Instead, take a moment to be with your horse and say, ‘Okay, I guess you’re perceiving an energy here. What is this energy? Can I assist you? Is this energy in this dimension? Will it harm us?’

Asking these questions allows your horse to become aware that what they perceive may not be in this reality. It may be from another time or dimension. Acknowledge their awareness of energy, even if you aren’t on the same page with your animal.
Then you can also ask if you can go around it? Will it kill you to go through? In this way, your animal will know if there is danger right here, right now. You could also use the Access tools and clear whatever is in front of you.

Eager for more on this fascinating topic? Animals & Entities is a 3-part telecall series available for purchase here: https://suzygodsey.com/product/animals-and-entities/

And there was another amazing Call with Shannon O’Hara & Suzy Godsey: Spirits & Animals of the Earth Telecall

Also, you can check out this conversation I had with Viv Adcock on my YouTube channel here.