The first horse to receive ESSE 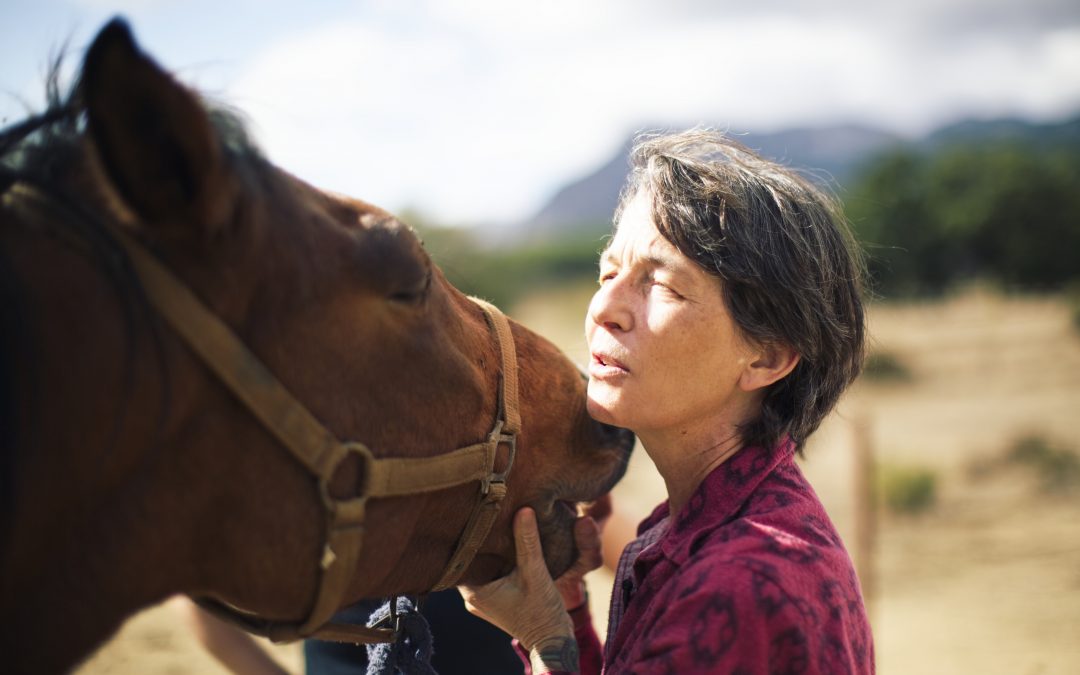 About a year after I began working with the ESSE energy, Gary Douglas asked me, “Suzy, that stuff you do, does it work on horses?”
Until then, only two people (Gary and Dr. Dain Heer) had received the Energetic Synthesis of Structural Embodiment, called ESSE for short.
ESSE engages with the body’s molecular structure and dissolves what has been made rigid through judgment or limitation. Would it work on a horse? I had no clue!
“Just do it,” Gary suggested.
So, I started working on a horse that attended a Conscious Horse, Conscious Rider class.
That horse was lame in three of four legs. She could hardly move and was in great pain. After one session of ESSE, it was remarkable to see the pain in her eyes replaced by softness and quietness. She started to move around with greater ease.
There was a startled look on the trainer’s face as he watched the horse gradually move instead of resisting any movement.
After the second session, the trainer thought she could be ridden a little. It was phenomenal to watch the muscles in the horse’s back start to work again and to watch her front end begin to work. Her pasterns weren’t hitting the ground.
The third day after she was worked on, the trainer was even more surprised as he watched her pasterns lifting off the ground instead of dropping towards the ground when she trotted. Before the third ESSE session, it was hard to get her to trot. Now she cantered of her own volition. It was a miracle to watch!
A few days later, after a fourth session, this horse willingly walked out to be exercised and moved with enthusiasm and joy at the end of the lunge line.
There was a sense of presence with her body that hadn’t been there for a long while.
The trainer said, “I think I am going to start riding her again because I think we can put her in the show ring.”
That was the beginning of seeing miracles being created with horses using ESSE.

Comfort and ease returns
One of the great gifts of this energetic synthesis of structural embodiment is seeing the return of comfort and ease that should be natural in a horse’s body that we have eliminated by our inability to give them large enough pastures.
We’ve seen how ESSE can create profound changes in the structural integrity of horses. A horse with a short stride can have its stride increased by up to 6 inches in one session. This can occur by giving the body the space for movement.
A lot of times, horses are ridden for confirmation, meaning that they have to look pretty. Especially in dressage, horses must keep their chin tucked in all the time. That can create a lot of tension, particularly if the rider has any force in their approach. The horses’ neck muscles and sternum might be tight, or they may be affected by the judgment put on them for not walking properly.

Equine bowed tendon
I remember going to Saratoga, Florida to film a documentary on Conscious Horse, Conscious Rider and there was a racehorse that had a bowed tendon. (A condition where the tendons become torn or damaged and curve outward when they heal, like a bow.)
At the time, I didn’t know what a bowed tendon was. So, I started ESSE work on that horse.
Mostly I worked on her shoulder, then some more on her leg and back. The next day the lady called and said the horse no longer had the bowed tendon. This is unheard of.
Amazing changes occur if you don’t have a point of view or try to achieve a result (I wasn’t trying to save the horse).
Interestingly, you can work on the shoulder, and it affects the hip or the feet. The body is aware, and it doesn’t compartmentalize itself into parts like the arm, leg, etc. Also, the body doesn’t have a point of view that it can’t do something.
It’s such a contribution to work on horses because they know we have a different energy to gift them. In the ESSE class, horses get that they’re not being asked to go riding or do groundwork that day. It really is their spa day! Horses literally fall asleep, receiving the ESSE energy.

If this blog has piqued your curiosity, please check out the ESSE class schedule here: https://www.accessconsciousness.com/en/class-catalog/access-special-classes/esse/
Please note these classes have prerequisites.